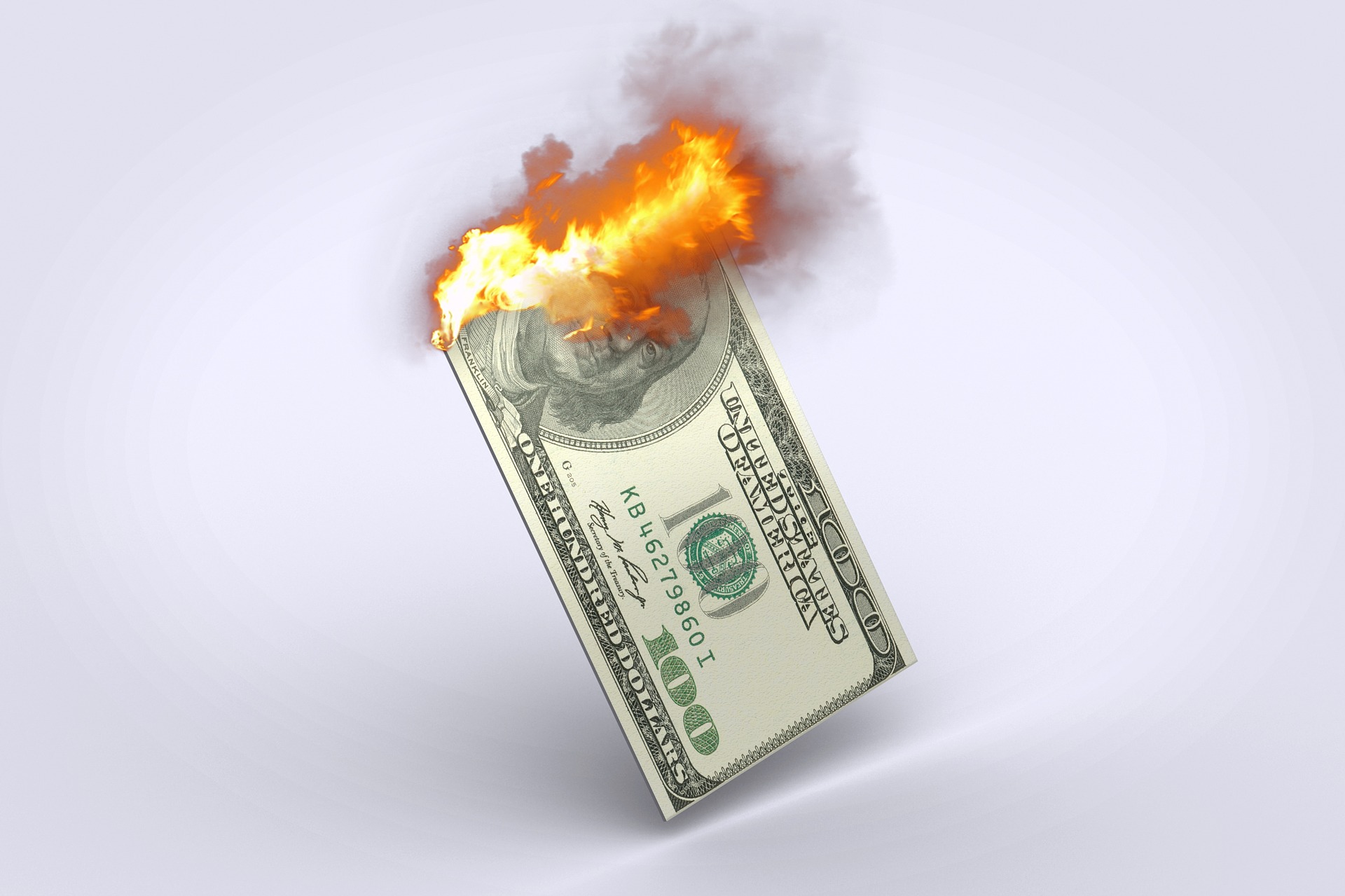 If you've been paying attention to the headlines at all, you've probably read about recent drops in the value of cryptocurrencies. Bitcoin,the original and most well-known cryptocurrency, has lost almost 50% of its value since its height in November of last year. And according to NBC News (linked above), the crypto market generally has lost about $2 trillion. The market for NFTs, which use the same blockchain technology as cryptocurrency, has experienced similar downturns.

This precipitous fall has taken many by surprise. The crypto market was going up, up, up until just recently. Over the years, crypto went from a curious experiment among programming enthusiasts to gaining traction as a legitimate investment, culminating with ads in the last Super Bowl, complete with celebrity endorsements. So what gives? Why the sudden downturn, and what is all this cryptocurrency stuff anyway?

First off, let's get the basics down. Cryptocurrencies are, you know, currencies, right? Well, no, not in the strictest sense. Currencies are mediums of exchange, often tied to certain geographies or polities. The details of how currencies are produced, used and regulated have changed over time, but these days, when the word currency appears in economic discussions, it's usually referring to fiat currencies, which are either issued directly by governments or some kind of centralized banking system. The value of a fiat currency can either be floating, meaning that its value fluctuates with market conditions, or fixed, meaning that its value is determined by the institution that issues it. The US dollar, for instance, is a floating currency. The Chinese yuan, in contrast, is a (mostly) fixed currency.

Cryptocurrencies are distinct from fiat currencies in that they are entirely decentralized: there's no government entity or bank issuing them or determining their value. In fact, many crypto advocates will tout cryptocurrency as a means of circumventing the constraints of conventional fiat money. Their value is dependent entirely upon the market conditions resulting from people using it as a form of exchange. In addition, they aren't backed by any physical commodity, like gold or silver, nor are you buying partial ownership in a firm if you invest in crypto in the way you would when you buy stocks and other securities. In theory, a cryptocurrency will retain its value so long as people are using it and trust that it's a reliable form of exchange.

The Beginnings of Crypto

Cryptocurrency relies on a form of advanced computing called a blockchain. Think of a block chain as a giant computerized jigsaw puzzle. Within that puzzle is a limited number of crypto assets, or coins, which anyone can decode with the right mathematical knowledge and enough computing power. If you manage to solve a portion of the blockchain, in a process called mining, you can lay claim to the coin therein as your property, and the blockchain will even that coin as belonging to the person who mined it. From there, you can then either keep that coin, or you can sell it to someone else, putting the coin into circulation. This was how early cryptocurrency markets were born.

Bitcoin, when it first appeared just after the 2008 subprime mortgage crisis, was worth nothing, nada, $0. But the rising mistrust of both public and private financial institutions in the wake of the 2008 crash made crypto's form of exchange appealing: no longer did you have to rely on capricious human actors to facilitate economic exchange. Instead, you could offload it to a computer, which, the thinking went, couldn't be corrupted by greed and duplicity in the way people can.

The first Bitcoin transaction took place on January 12, 2009. Bitcoins were still worth less than a cent at this point, but early transactions like this served as ways of demonstrating to onlookers how crypto could, in fact, be used as a system of exchange. In one famous example, two users on early Bitcoin forums negotiated the delivery of two Papa John's pizzas in exchange for 10,000 Bitcoins. As more people learned about the technology and as the technology became more accessible, the exchanges grew, both for physical goods and for cash. The rest is history.

All Aboard the Hype Train!

At its height in November, one Bitcoin was worth about $69,000. By that point, the number of discrete cryptocurrencies, each with their own blockchains and markets, had blown up to over 18,000. In 2021, El Salvador became the first country in the world to recognize Bitcoin as legal tender. In time, new products using blockchain technology, like NFTs, sprung up, arguably due to Bitcoin's success.

As cryptocurrencies have taken off over the years, advocates have begun touting it not only as a form of exchange but also a form of investment. Buy some cryptocurrency now and later exchange it for more cash once the value has increased. This would eventually lead to entire firms specializing in crypto investment.

This sounds great on its face, but in order to understand the crash, we have to ask an important question: when you buy a unit of cryptocurrency, what, in fact, are you buying? Invest in water or oranges, and you'll have access to those goods down the line. Invest in companies like Ford and Apple, and you'll be giving those companies more resources to produce goods that people will actually use. In contrast, crypto doesn't grant you access to any physical asset nor are you investing in any productive economy. It's all speculation. That means if you want to keep increasing a particular coin's value, you have to continue soliciting investment so that people are more likely to use it.

This means that any strain on the market will reduce its value. And within the past year or two we've seen numerous economic strains including inflation, wars, new regulations curtailing cryptocurrencies' use (particularly in China, where crypto mining was banned in 2021), economic slowdown due to COVID and novel forms of cyber crime.

Moreover, even though Bitcoin and similar crypto coins were initially conceived of as a form of exchange, the lack of any government mandate means that their use in broader society has been spotty. Most in-real-life merchants don't accept crypto as a form of payment. Even in El Salvador, where Bitcoin is considered legal tender, many merchants won't accept it due to technological issues. This inconsistent adoption has also led to a lack of liquidity. If you want to dump a bunch of Bitcoins at once, there's no guarantee that you'll be able to find buyers quickly, especially if they're already losing value. All of these conditions create a perfect storm for a crash.

Time will tell if cryptocurrency rebounds or if it returns to the narrow niche market where it began. If you need advice on where to send your company's resources for maximum ROI, schedule a free consultation with Web and Marketing USA by clicking the REQUEST button below.

Have you ever looked at a funny video on YouTube or a meme on Facebook representing a business and...
Read More

In 2018, Accenture, an independent IT consulting firm, in partnership with independent research...
Read More

Keeping Your Customers During a Time of Inflation

Bad news first: things are expensive. According to the Bureau of Labor Statistics, the Consumer...
Read More