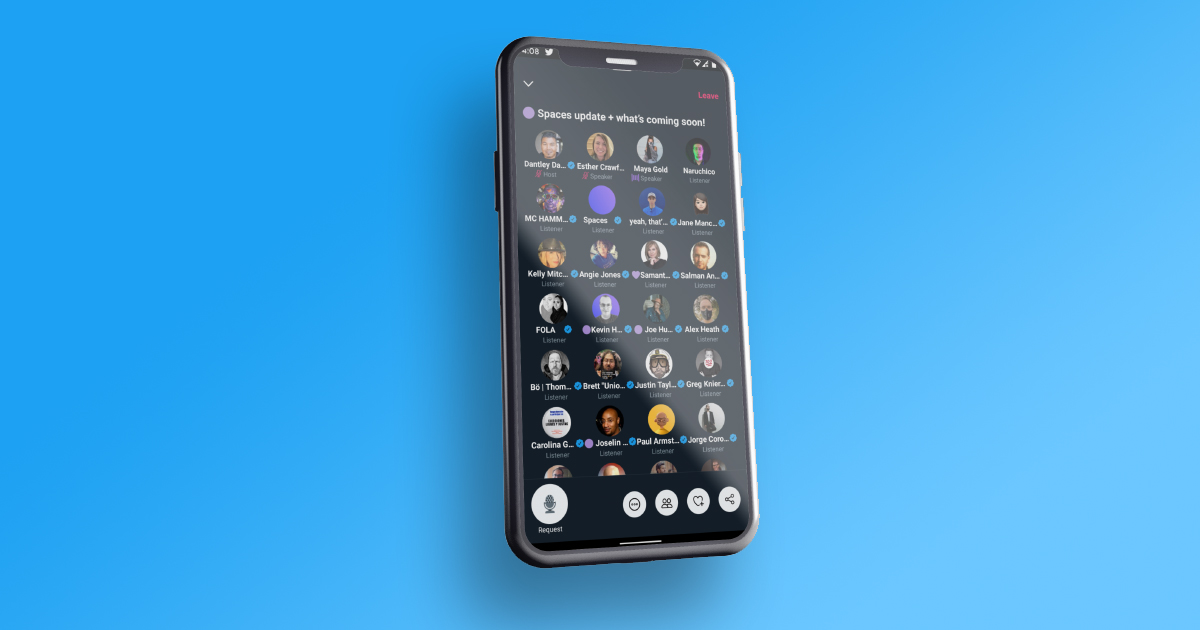 Have you heard of the feature on Twitter called Spaces? Have you gotten to use it during the pandemic to keep in touch with people in your various circles? Or are you sitting there reading this wondering, ‘what are they talking about?’ No matter which one it is, we are going to explore the feature that many have dubbed as 'Twitter’s response to Clubhouse' which we previously covered.

Let’s start with the definition that Twitter gives for the feature: “Spaces is a place to come together, built around the voices of people using Twitter, your Twitter community. Spaces are live as long as they’re open; once they’ve ended, they can’t be accessed publicly.”

Spaces is a feature that Twitter developed as a way for their users to have live audio conversations with other members; they developed this ability openly so Twitter users could test it out and provide feedback. They began the feature on iOS and Android with plans to expand to have conversations on twitter.com, with continued interest from their members.

Spaces, like Clubhouse, are audio chat rooms where users can create a forum and invite people to discuss various topics that remain live as long as the meeting is kept open by the host. The main difference with Spaces is that anyone with a Twitter account can access a room and are not monopolized by elite clientele for their purposes like Clubhouse was after its launch.

Twitter Spaces was just released since the beta testing with their select users has shown what parts of the feature work and how they fit into the new ‘communities’ that these created spaces fall under. Spaces will continue to be an open forum in which hosts can invite certain users and generate a discussion flow for a specific topic. This has also given birth to a related platform of Twitter Communities.

These communities operate similarly to Facebook Groups. The page or platform has a designated area for users of the same interest in a given topic or a specific geographical area to connect. Within these new communities, the purpose of Spaces can be served by including all community members in an audio chat room where they discuss the main idea of their community.

As it continues to grow, these communities have also created an opportunity for super users, or users with paid subscriptions, to be a part of these communities and chat rooms. This, of course, is a feature that is unique to Twitter Spaces and helps to set it apart from its social media sisters like Clubhouse and Facebook.

With the world trying to develop new ways to stay connected as the future of group meetings and communication continues to be undetermined, Twitter created its audio conversation platform to meet the growing demand for interconnectivity with encouraging responses from its users.


Tags: Social Media
Back to Blog

“I want to use social media to get new customers, but I don’t think it’ll work for me.”
Read More

Is This Your First Celebration of Juneteenth?

Juneteenth has now officially been named a federal holiday. This is a great move forward in...
Read More

Ads in your Pocket: Mobile Marketing

This isn't news, but everyone has a smartphone these days. Okay, maybe not everybody, but most...
Read More